Hey everybody, my name is Jim Ambrosius.  I created this page to share some of my knowledge with baseball and softball players and coaches (FYI, I also work with softball hitters because the high-level swing in baseball and softball are one and the same).  What makes me qualified to teach the game of baseball and hitting in softball??  Take a look at my credentials and I think you’ll see I’ve had the good fortune to experience a lot with the great game of baseball:

“All in the Family” >  Baseball’s in my blood…My grandfather (on my mom’s side) is on the Phillies’ Wall of Fame at Citizens’ Bank Park.  Check it out next time you’re over there…his name was Granny Hamner, 3-time National League All Star shortstop and second baseman.  My dad (also Jim) is a member of the Philadelphia Chapter of the Pennsylvania Hall of Fame for his achievements as a baseball player.  He was a standout shortstop at Father Judge HS and LaSalle College (now LaSalle University).  My brother, Glen, is a member of the University of Pennsylvania’s Sports Hall of Fame after a standout baseball career.  And I was a full-scholarship pitcher at East Carolina University, before playing professional baseball in the Phillies’ organization as a first baseman/outfielder.  As you can probably tell, there aren’t a whole lot of families with a more extensive baseball background than the one I come from.

ECU Pirate > So I played at East Carolina University on a full scholarship.  First college outing was against nationally-ranked UNC-Chapel Hill, who at the time had a 27-game home winning streak.  I was the starting pitcher, pitched six scoreless innings, and ended that home winning streak (Take that, Tar Heels!!).  Had a solid career at ECU battling through arm injuries.  Not great, not bad…just couldn’t stay healthy.  Want some perspective as to how strong a baseball program ECU has?  Before he signed with the Angels, Mike Trout was committed to play at ECU.  Want some more perspective??  ECU is presently (4/20/2021) the 8th-ranked team in Baseball America’s Top 25 College Baseball Rankings.

Explorer and then a Phillie > After three years of recurring arm trouble, I decided I wanted to convert from a pitcher to a position player.  I transferred to LaSalle University to play outfield.  Had a good year offensively, ended up signing as an undrafted free agent with the Philadelphia Phillies.  Had a good little run with the Phillies, but arm injuries persisted…playing days were over.  One thing was clear to me…I knew I wanted to use my knowledge to teach others the game.

20 years of coaching college, high school and American Legion baseball > My first coaching experience was as pitching coach at LaSalle University.  But I wanted to run my own program, so I looked to my old stomping ground in South Jersey for a high school coaching job.  In my 12 years as a varsity baseball head coach at Kingsway Regional HS and Williamstown HS, we won 6 conference titles.  In my 9 years at the helm of Williamstown’s baseball program, we won 5 conference titles, were named to 5 Diamond Classic tournaments, and made 3 Group 4 semifinal appearances.  During the final 5 of those seasons, Williamstown was regularly ranked in the top 15 teams in South Jersey, becoming one of the most consistent baseball programs in the area.  In my two years as pitching coach for Brooklawn American Legion, we won 2 state championships.  In my two years as head coach of West Deptford American Legion 20 years apart, 43W-8L in 1999 and 23W-4L in 2019, our teams had a combined record of 66 wins and 12 losses, coming up just 2 wins short of making the American Legion World Series in 1999.

Coaching college scholarship and pro players > Through the years, I’ve worked with one big-leaguer, 7 pro players, 30+ Division I scholarship players, and over 100 college players.  Working with this many players with outstanding work ethic has afforded me the opportunity to really understand what it takes to be special in this sport.

Complete Game Baseball is born…joining up with Name Your Sport > I started my own private instruction business, Complete Game Baseball, in 2014.  I’ve worked with hundreds of players in a one-on-one, small group, and team setting over the past seven years.  I’ve trained players who are presently on scholarship at Division I schools James Madison, Iona, St. Joseph’s and Hofstra, as well as Division II schools Chestnut Hill College and Carson-Newman (Tennessee). 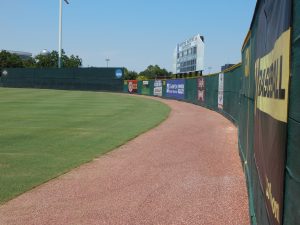 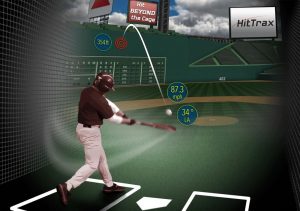 Interested in getting a 10-15 minute one-on-one COMPLIMENTARY in-person video analysis at Name Your Sport to see the quality of what your son or daughter would be getting with training???  No additional commitment required!  Give Name Your Sport a call or inquire at the front desk!!

Are You Teaching Your Son or Daughter To Hit Correctly???

Chances are you are not!!  If you want to discuss the keys to hitting, I’d be happy to schedule a time for us to compare notes.  Be forewarned…I’m coming with science and geometry to the discussion, not what a former coach of mine used to teach me😊.  Hear me out and you may be able to transform your son or daughter and really put them on the road to success!!